After the success of ‘Ti and Ti’ and ‘Well Done Baby’, UK-based film company The Production Headquarters Ltd is all set to release their much-anticipated Marathi film ‘36 Gunn’ on November 4, 2022.

The film comments on the Indian marriage system from the perspective of the younger generation. The film revolves around Sudhir and Kriya who decide to go to London for their honeymoon after having a formal tea ceremony in front of their families, witnessed by Deva Brahmins and blessed by elders. The film portrays the ideology of today’s generation very aptly. Going by the teaser, the film offers a fresh take on the Indian marriage system and it will definitely be an interesting watch.

This will be third foray into Marathi cinema for Mohaan Nadaar’s The Production Headquarters after successful outings with ‘Ti and Ti’ and ‘Well Done Baby’ which created a mark for being strong, off beat and out of the box content in Marathi cinema. 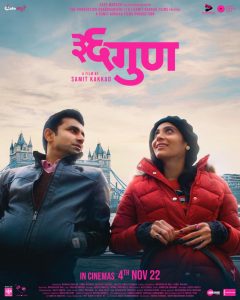 Producer Mohaan Nadaar says, “I am confident that the film will present a very modern and fresh outlook at modern relationships and marriages and will enthrall, enrich and entertain the Marathi audiences.”

Kekti Pandit, Partner, The Production Headquarters Ltd. adds, “We are really excited and looking forward to the release. This film offers a fresh take on modern relationships and we are sure that the audience is going to love it.”

Directed by Samit Kakkad, the romantic-comedy revolves around the traditional belief that if the 36 gunn or attributes are matched, it makes for the perfect match.

‘36 Gunn’ has been shot at 90 locations in London and Mumbai. It features Santosh Juvekar, Vijay Patkar and Purva Pawar in prominent roles. 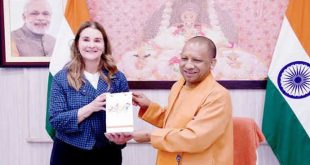 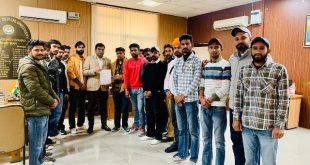 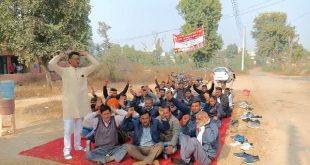