The head of the UN nuclear agency on Thursday said the “physical integrity” of a Russian-held Ukrainian nuclear plant had been “violated” following frequent shelling, on his team’s first visit to the facility.

Russian forces seized control of the Zaporizhzhia nuclear plant in southern Ukraine, Europe’s largest, and the surrounding region shortly after the February 24 invasion.

Both sides have traded blame for recent shelling near the plant lying on the frontline, sparking fears of a nuclear disaster. A 14-strong team of inspectors from the International Atomic Energy Agency arrived at the facility on Thursday to conduct “security and safeguards activities” after a risky journey across the frontline and early-morning shelling of the area.

“It is obvious that the plant and physical integrity of the plant has been violated several times,” IAEA head Rafael Grossi told reporters after returning to Ukrainian-controlled territory.

Grossi said part of the IAEA mission will stay at Zaporizhzhia “until Sunday or Monday” to continue the assessment, without specifying their number.

The Argentine described the visit as productive and said he gathered lots of information.

Wearing bright blue flak jackets and helmets, the IAEA team crossed into Russian-held territory, reaching the facility at around 1200 GMT.

After the inspection, in a video released by the Russian RIA Novosti news agency, Grossi said: “We have achieved something very important today and the important thing is the IAEA is staying here.”

A dawn shelling attack on the area had forced one of the plant’s six reactors to close.

Energoatom, Ukraine’s nuclear agency, said it was “the second time in 10 days” that Russian shelling had forced the closure of a reactor.It said the plant’s emergency protection system kicked in shortly before 5:00 am (0200 GMT), shutting reactor five, with the attack damaging a back-up power supply. 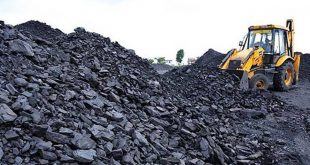